Passion - A Synonym for Laziness 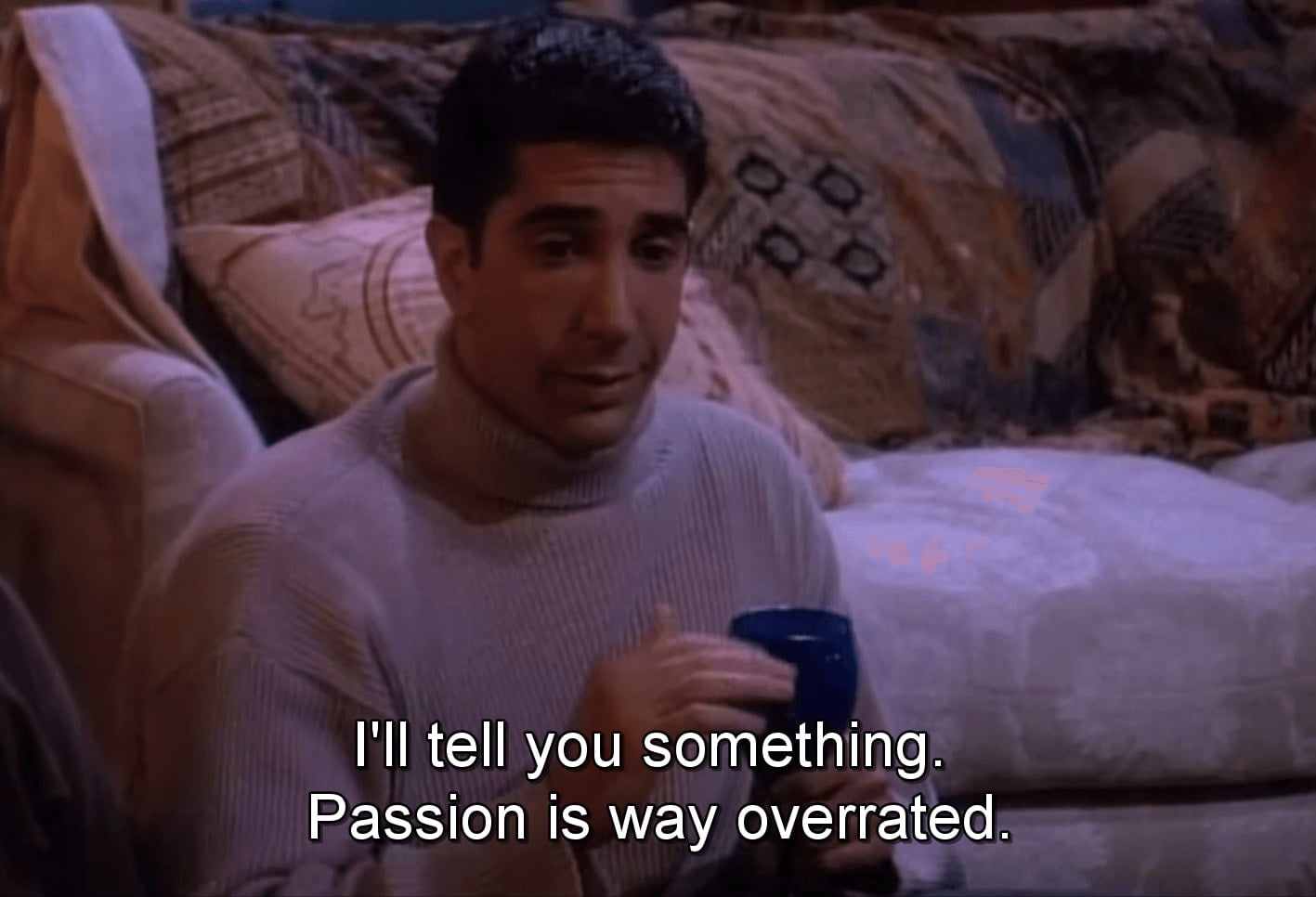 Some people often ask me - "You have a passion for music, why don't you make it your profession?". Well having a passion doesn't imply that it's easy. There are people who have been practicing music for 8 hours a day for the last 40 years and are still struggling. Do you think it would be easy for someone who has just been into some glittery music for the last 5 years without even a serious effort? Even if I put in 8 hours a day starting now, I cannot expect anything good to happen for the next 10 years. And what is the guarantee that, during this time, I will see music as my "passion" and not a "struggle"?

Most people who say that "I am passionate about X" don't know that their thought is limited by their present state of mind. It eventually erodes away and they start to give up on X. Such decisions are often taken at an early life stage when the mind is still immature. They don't know that their "passion" was actually "motivation". And who on earth has been successful with just "motivation"? Success is only achieved through "discipline" - committing oneself to the same routine every day; chewing glass one piece at a time no matter how it makes you feel; facing failure over and over again.

Sometimes it often feels like people choose their so-called "passion" based on what they are already good at - something they have been doing since their childhood and now they don't want to take the effort to switch over to something else. After all, who would be willing to spend another 10,000 hours learning and mastering a new skill? Is this laziness? Yes, it is. You didn't choose your passion based on what you are good at, you chose it because you didn't want to put effort into learning something else. It's worth noting that even in your field of passion, it is never going to be easy. You need to put in the effort (maybe not as much). Eventually, your passion for the thing might eventually fade away. Many people nowadays try to switch careers after they have been in the field for more than 20 years. It's not like they were not "passionate". It is just that the passion eventually faded away and they are looking for a serious change.

My intention is not to discourage you. If you had chosen your passion, that's really nice; I would congratulate you for having one. At the same time, I would warn you to look back to see if you chose your passion out of laziness. If you did so, just remind yourself that you have once been lazy in life, and now that you have decided to follow your "passion", you need to work so hard that you raise the bar for the entire world.